Runner Of The Month

Well hello, world. Hope you are all OK and rocking the last few days of summer.

It's been a busy summer here - I have been head down in fabric, needle and cotton for most of it and have made a lot of lovely tents, teepees and princess dresses which has been an absolute pleasure. More details about my sewing activities are here: www.facebook.com/mrsbeesemporium. Do come and join us.

There has been a lot going on family wise recently. This summer my Mum has had her knee replaced and my Dad, very sadly, has been diagnosed with Vascular Dementia and Alzheimers. I have been spending as much time as possible with them helping them out. They've both come a long way and are learning to make lemonade with their new lives.

Jonathan, my eldest son, both fell in love and aced his A levels. He ended up with 3 grade As and a B. He's off to Leeds Uni soon to study Medical Science. I could not be prouder of him. We're off to Ikea tomorrow to fill the car up with mugs, chopping boards, meatballs, pans and the various other accoutrements that students need.

As for me, it was a delight and a privilege to be voted "Fat Runner of the Month" on the "Fat Girl's Guide To Running."

You can follow this link and hear me put the world to rights :) I would be very happy to hear your thoughts on some of the issues raised too.

So in the second of our Runner of the Month features sponsored by protein drink UFit I would like to introduce you to 41 year old East Yorkshire lass Claire Boynton…who recently caused a bit of a media storm in relation to the Hull Marathon and their unadvertised cut off time of 6 hours  (You can read her open letter to them here, we like a bit of controversy around these here parts)
Where do you live?
I live in a cottage in East Yorkshire, right on Sunk Island – a huge area of farmland reclaimed from the sea. It’s pretty, and it’s flat – ideal for running.
When did you start running and why?
I started running on 8th January 2013. I started couch 2 5K. I had been curious about my friends who enjoyed running for some time, and rather fancied the simplicity of it. I have always hated exercise, partly because everything I had done since leaving school was dance / aerobics based and I’m laughably un-coordinated.
I wanted to lose weight (I am currently a size 16) because I had been through a string of health problems (anxiety and depression leading to a full breakdown; ME/CFS; gall stones; gestational diabetes; a scan that discovered I only had one working kidney.) I realized that, if I wanted any quality of life, I needed to change my habits. That said, I had absolutely no confidence that I would succeed with running. The idea was preposterous. So I started running in secret.
Did you run a lot when you were younger?
No. I was always the last to be picked at school, almost last in cross country. At the age of 12 I realized it was cooler to not try than to try and fail, so sport stopped being something I participated in.
What do you love and hate about the sport of running?

And finally, as part of our new partnership with the Protein Company we will be sending you some uFit protein drinks to help with your training. Have you used protein drinks before and how do you think you might get on with them?
Yes, I picked up one of these little beauties after a long training run a couple of weeks ago, so looking forward to receiving some more to hell me in the lead up to my next big race.
If you know someone who would make a great Runner of the Month why not put them forward for September by emailing help@toofattorun.co.uk
Posted by Claire Boynton at 22:31 No comments: 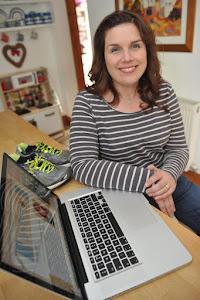